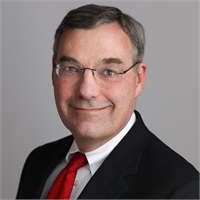 Steve Caron delivers over thirty-five years of sophisticated financial expertise for the benefit of clients and their ventures, in particular business owners & executives, senior educators and retirees.

Shortly after founding Old School Capital LLC in 2001, Steve was accredited as a Personal Financial Specialist (“CPA/PFS”) by the American Institute of Certified Public Accountants. He has since dedicated himself to playing the role of “Your Family’s CFO…for the Success of a Lifetime.” Mr. Caron also provides consulting services to financial institutions throughout New England.

He earned his BBA in Accounting at the University of Massachusetts at Amherst and qualified for CPA licensure with Big Eight accounting firm experience. Steve then completed an MBA with a Concentration in Finance at Boston College. He collected academic honors at both universities. Entering the banking industry, his experience includes completion of the Loan Officer Development Program of The First National Bank of Boston and assignments in the Mezzanine Finance, Venture Capital, Private Equity, Middle Market, Restructured Real Estate, Health Care and National Lending units of that institution. At State Street Bank and Trust Company, Steve served in the Middle Market and Mutual Fund lending units, including serving as agent for credit facilities to investment companies of up to $1 billion. He also served as the Division Risk Manager for State Street’s 550+-person Corporate Trust Division, including regularly participating in the proceedings of the Fiduciary Review Committee that exercised the Bank’s fiduciary powers.

In service to the community, Steve has been active upon both government financial oversight committees and several charitable boards focused upon providing care to poor, sick and outcast persons at the local, national and international levels. He was invested as a Knight of Malta at St. Patrick’s Cathedral during 2007, joining the world's oldest order of chivalry which was founded in the year 1048.  In recognition of his contributions, Mr. Caron received a Presidential Achievement Award during the 2013 annual meeting of the Order of Malta’s American Association.  In 2017, by a decree of the Sovereign Council sitting at Rome, Steve was honored by induction into the Order Pro Merito Melitensi at the grade of Knight Commander.